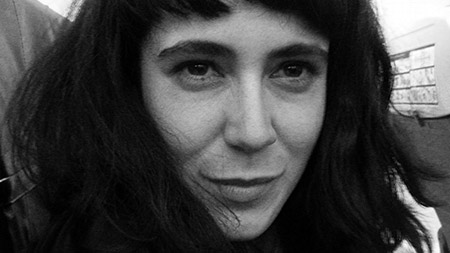 Born 1982 in Rheine / North-Rhine Westphalia. Since 1998 various activities of the social work in the area of ​​drugs, learning disabilities, migration services, educational assistance, family-friendly services as well as inpatient support for women. After completing the first degree of Diplompädagogik in Cologne with a focus on “Intercultural Communication”, she worked for several years at an Inobhutnahmestelle for young refugees and young people in crisis situations in Cologne.

2005 Internship at the Medienprojekt Wuppertal, from 2007 to 2011 Realization of media-educational documentary films. 2007/08 Completion of the pedagogy studies with the first documentary film “Kein Knopf im Kopf” in cooperation with the media project Wuppertal. Since 2010 studying design, media & communication with a focus on film at Dortmund University of Applied Sciences.

Oct. 2014 to Oct. 2015 student internship at the “Association Of Documentary Filmmakers In Turkey” in Istanbul as well as honorary activities at film festivals like u.a. At the International Film Festival Istanbul.

2015 – 2016 Foreign semester at the Bezalel Academy of “Audiovisual Arts” in Jerusalem & engagement at “Art Court Palestine” & at “Days Of Cinema” Filmlab Palestine.